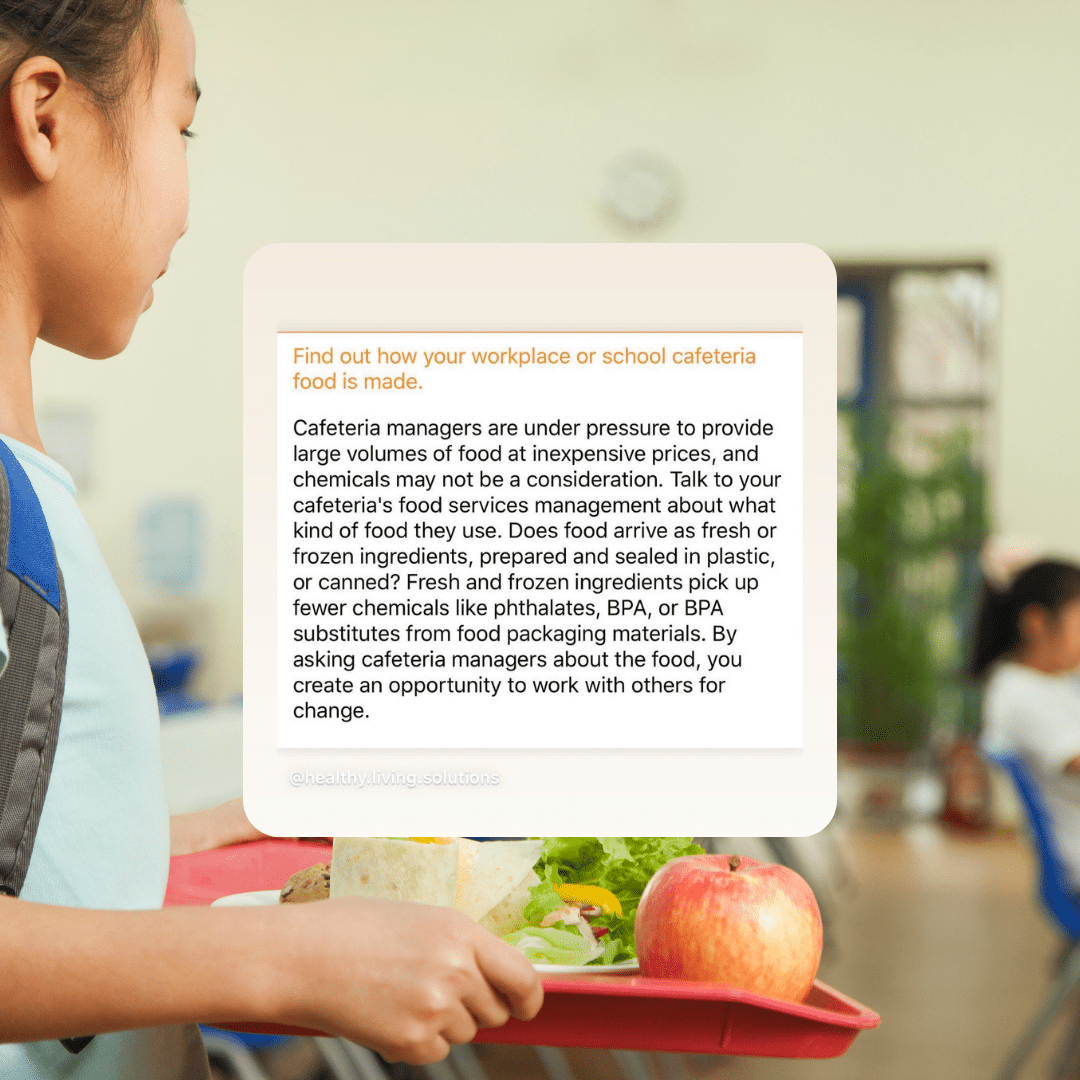 Did you know that you could be purchasing food produced by biotechnology at your local grocery store?

Consumers should know what they are purchasing and how it affects them with regard to their health and their environment.

This paper will discuss what GM means and the effects that should be known to the consumer, with a focus on health and the environment. Initially developed to address concerns regarding increased crop yield, resistance to herbicides, pesticides, antibiotics and disease (Verma, 2013).  There are over 40 GM crops in the United States (U.S.) alone, which are allowed in the local market, the most popular of these being corn, cotton, soybeans, and canola (Mellon & Rissler, 2003). In addition to our foods being made with these GM products, most of the livestock raised in the U.S. are fed Bt corn (Smith, 2011). Therefore, avoiding food produced by biotechnology is increasingly difficult.

Big companies like Monsanto benefit the most from these, as it is one of a very few companies that produces these GM seeds and it is also the manufacturer of Roundup herbicide.  Although not as often referred to when discussing GM foods, DuPont/Pioneer, Syngenta, and Dow/Mycogen are also manufactures of these products (Mellon & Rissler, 2003). What are GM foods?  GM or bioengineered foods are foods that have one or more genes incorporated into the crop.

Most often used are viral promoters, transcription terminators, antibiotic resistant markers, or reporter genes.  A reporter gene is a gene, often of prokaryotic origin, that produces a product easily detected in eukaryotic cells and that is used as a marker to determine the activity of another gene with which its DNA has been closely linked or combined (Merriam-Webster, n.d.).  These genes are injected directly into the seeds used to grow our crops.

Although studies have been conducted, few have been peer-reviewed (Pusztal, 2001). Information on the safety of these genes is minimal. Herbicide tolerance (HT), and insect resistance (Bt), (Bacillus thuringiensis), which produce toxins lethal to the European corn borer and corn rootworm (Environmental Protection Agency, 2011).), are the two most common traits introduced into these GM crops. HT crops are planted from seeds resistant to the Roundup herbicide.  Overuse of pesticides and herbicides has led to resistance; the fear is that the same resistance will be seen with HT and Bt crops as they are overused as well (Mellon & Rissler, 2003).  Bt-toxin was originally used as a spray and could be washed off easily; however, it is now injected directly into the food supply. It cannot be washed off and the toxin is concentrated at higher levels now that it is grown directly into the plants (Smith, 2011).

In 1986, the United States Department of Agriculture (USDA), Environmental Protection Agency (EPA) and the Food and Drug Administration (FDA) were formally selected by the Reagan administration to regulate biotechnology; however, the regulation is weak as there are no unified guidelines for regulating these foods between these entities (Mellon & Rissler, 2003).  As of 2011, sixty-three percent of crops grown in the U.S. are GM plants. Concern that pest resistance will occur over time is only one issue that is being currently evaluated.  The EPA has enforced mandatory insect resistance management (IRM) on all Bt crops in the US (Mellon & Rissler, 2003).  Sustainability and management of the trait through which biotechnology has made the plant pest-resistant are the two focuses of this technology.   Aircraft-mounted hyperspectral sensor cameras are used to monitor color changes in GM crops; these are detected by inconsistencies in reflected light.  Color changes indicate infestations or other environmental stressors.  Once pest resistance has occurred, it can lead to the loss of the whole strain of GM plant (Environmental Protection Agency, 2011).  Early detection of pest infestations can prevent such a loss.

Risk of illness or other ailments from GM foods is unknown at this time, in part because it is not required that these foods be labeled, so in turn the consumer cannot attribute health issues to consumption of GM foods (Mellon & Rissler, 2003).

In 1992, the FDA addressed the concern of labeling bioengineered foods and concluded that there is no basis concluding that bioengineered foods differ from other foods in any meaningful or uniform way, or that, as a class, foods developed by the new technique present any different or greater safety concern than foods developed by traditional plant breeding As no material facts had been presented to sway the FDA to change its perspective, when revisited in 2001, the agency stood by its decision to not to require labeling for the same reasons indicated in 1992 (U.S. Food and Drug Administration, 2001). Another contributing factor to the lack of information regarding the effects of bioengineered foods is that although some generalized studies have been done, more extensive testing is needed to truly understand the effects of GM foods (Pusztal, 2001). Over the last decade, food-safety professionals have identified several possible health issues that could arise; however, unless there was to be a substantial effect on U.S. population, it is not a concern of the regulating entities. There is, however, clear evidence of negative health effects on humans and mammals from Bt produced corn and cotton.

What if I am pregnant?

Concerns for safety in human consumption and the environment are raised by the introduction of GM foods into the general food supply. Health implications and requests for further research studies and labeling requests are continuously ignored (Hirschler & Kelland, 2012).  Here are some studies currently being ignored by the government.  A peer-reviewed study, conducted by physicians at the Sherbrooke University Hospital in Quebec, showed toxins from Bt corn survived in the blood of pregnant women and their fetuses as well as non-pregnant women.  Although the numbers varied slightly between the two groups, the percentage showed that over half of studied women presented with the toxin.  A government-sponsored study done in Italy showed a variety of responses in rats fed Monsanto’s Bt corn.  The natural Bt-toxin fed to mice in one study showed tissue damage, immune responses like cholera toxin, and reactions to previously harmless foods (Smith, 2011).

Additionally, in France in 2012, a peer-reviewed study conducted on NK603, a seed made to tolerate Roundup weed killer, showed tumors and organ damage in rats fed a GM diet of Roundup resistant crops. Experts argue that the study is flawed; there is no indication as to the amount of GM foods fed to these rats.  This particular species of rat is highly susceptible to mammary tumors if food consumption is not restricted.  Additionally, farmworkers in India have shown signs of increased allergies and flu-like symptoms from prolonged exposure to this toxin, and livestock exposed to a strain of Bt cotton post-harvest have died and/or become ill. In conclusion, there is no way to know exactly how GM foods affect humans and mammals without further prolonged studies.  Currently, only short-term or medium-term studies have been conducted and do not include the long-term effects of consumption.

There are studies that conflict with the results shared in this paper.  For example, an evaluation of peer-reviewed studies published in AgBioWorld listed a total of 42 studies where only two of the studies indicated negative effects.  Those studies were conducted early on in the introduction of GM foods in 1998 and 1999; however, studies published from 2002 to present have shown no negative effects (Preston, 2005).  Even so, you can refer to the studies referenced in this paper and you can see that is not totally the case and that many studies are clearly being ignored.